What the Internet Is Doing to Our Brains 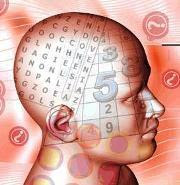 If, while perusing the articles of this month’s Prism, you’ve paused to check your e-mail, read online news, blog, tweet, connect on Facebook, catch a YouTube video, buy on Amazon, or perform one of any number of other Web activities that now permeate our lives, then author Nicholas Carr has a message for you: It’s time to consider how our constant, often disjointed engagement with the World Wide Web is changing us – both individually and as a society.

In a widely discussed 2008 Atlantic Monthly article, Carr asked, “Is Google Making Us Stupid?” His answer has sometimes been interpreted as an antitech creed, yet many recognized themselves in Carr’s descriptions of faltering ability to concentrate and the suspicion that the Internet is a key contributor. “My mind now expects to take in information the way the Net distributes it,” he wrote, “in a swiftly moving stream of particles. Once I was a scuba diver in a sea of words. Now I zip along the surface like a guy on a Jet Ski.”

The Shallows: What the Internet Is Doing to Our Brains elaborates upon the original thesis, placing this newest technology within the context of a long history of systems that have not only influenced but also shaped the way we think. “In large measure, civilization has assumed its current form as a result of the technologies people have come to use,” the author writes. “Sometimes our tools do what we tell them to. Other times we adapt ourselves to our tools’ requirements.” Consider how maps and clocks have altered our relation to space and time, he says, developing in us a more abstract sense of the measurement and order of both. In even more dramatic ways have “intellectual technologies” – writing systems, movable type, books, typewriters, telegraphs, and computers – affected our thinking processes. Today the Internet is producing another huge shift, in large part because of its emphasis on speed and connectivity, and its onslaught of advertisements, hyperlinks, pop-ups, sidebars, and e-mail notifications. “Whenever we turn on our computers,” he writes, quoting blogger Cory Doctorow, “we are plunging into an ‘ecosystem of interruption technologies.’”

The book’s subtitle should be interpreted literally. Several chapters are devoted to recent studies of brain functions. Not surprisingly, they tend to reveal the deleterious effects of sustained online activity – decreased comprehension and concentration and less ability to analyze or think creatively. Web use does strengthen rapid decision making, problem solving, and mental coordination, Carr admits. But he questions whether these positives outweigh the negatives. While the Internet offers far greater access to information, it also encourages superficial connection to that knowledge. A 2006 study tracking how people read online found, for example, that the majority skimmed a Web article in a manner that resembles the letter F. The first few lines of text were read fully, but readers then dropped down to read a few more lines, then skimmed the rest, concentrating primarily on the left-hand side of a page. Most spent no more than 4.4 seconds on each page.

As we become more agile at multitasking online, Carr charges, “we train our brains to process information quickly and efficiently but without sustained attention.” The implications of that loss could be significant. Even if you are one of those increasingly rare specimens who maintain steady, measured control over your online consumption, what about your students and colleagues, who are being swept into a 24/7 Internet existence? Though the wealth of material made available by the Internet would seem to make more extensive research possible, for example, a 2008 study has revealed just the opposite. The findings, published in Science magazine, revealed that the number of citations in academic articles has plummeted, with much greater reliance being placed on more recently published articles.

This is a book you will want to read carefully, for the number of provocative issues it raises and the compelling manner in which they are presented. So, when you take up The Shallows, do it with a hard copy and sustained attention – then see how long it takes before the digital urge comes calling.
The posting below looks at the impact of internet multitasking on our brains and our way of thinking. It is a review by Robin Tatu, senior editor of Prism, of the book, The Shallows: What the Internet Is Doing to Our Brains by Nicholas Carr. W.W. Norton & Co., 276 pages . The review is from Prism, December, 2010. Copyright 2010  American Society for Engineering Education 1818 N Street, N.W., Suite 600 Washington, DC 20036-2479  Web: www.asee.org
Postado por Adriana às 22:07 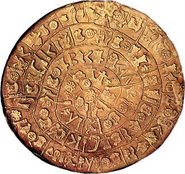